The initial practice area for the San Francisco Dragon's Velociball team was carefully designed to provide players an opportunity to test and practice all the mechanics associated with playing the game. The verticality of the map encourages players to use their jet pack with both moving and stationary platforms that help players improve their skill and master navigation. The scoring walls, positioned at either side of the area, are easily identifiable as targets, and the point values highlighted at the center of each effectively communicates to the player how much each target is worth. The different point sizes and values of the goals encourages players to master throwing with telekinesis in order to score the highest point value possible. Since, this is a practice arena, players practicing their telekinesis are able to shoot at goals at either side of the arena. This functionality allows players to focus their attention on whichever skill they are looking to practice, whether it be jet pack navigation or telekinesis throwing.

In an actual two-team Velociball game, the design of the arena provides an interesting and balanced play space with plenty of opportunities for big plays on both the offensive and defensive sides of the ball. 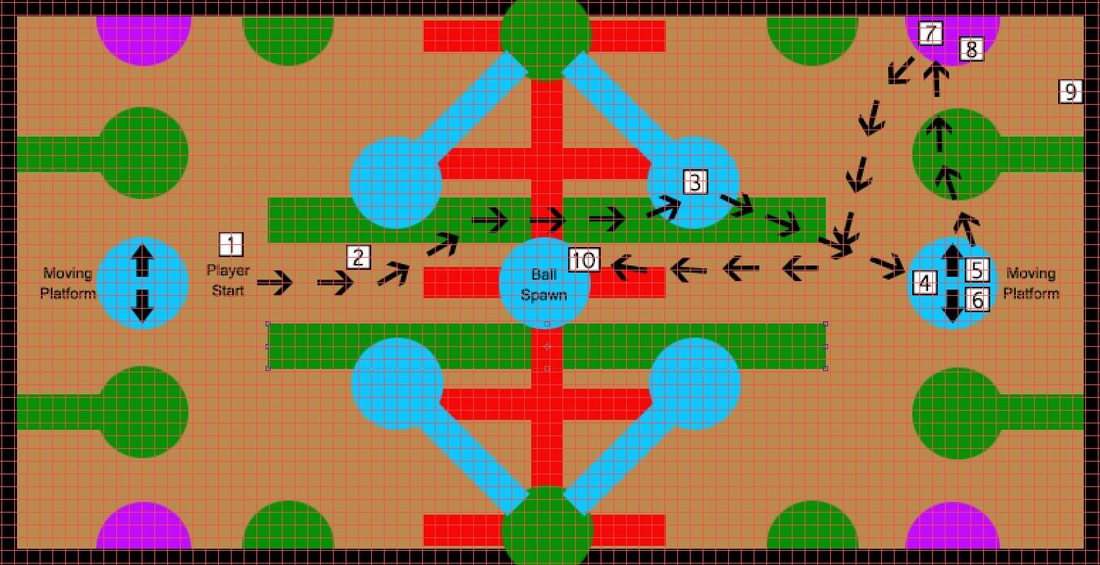 The Scoring Wall is made up of many different targets of various sizes. The smaller the target, the more points it's worth to the player, encouraging players to take a chance on the smaller goals. (1 Grid Square = 1 Meter) 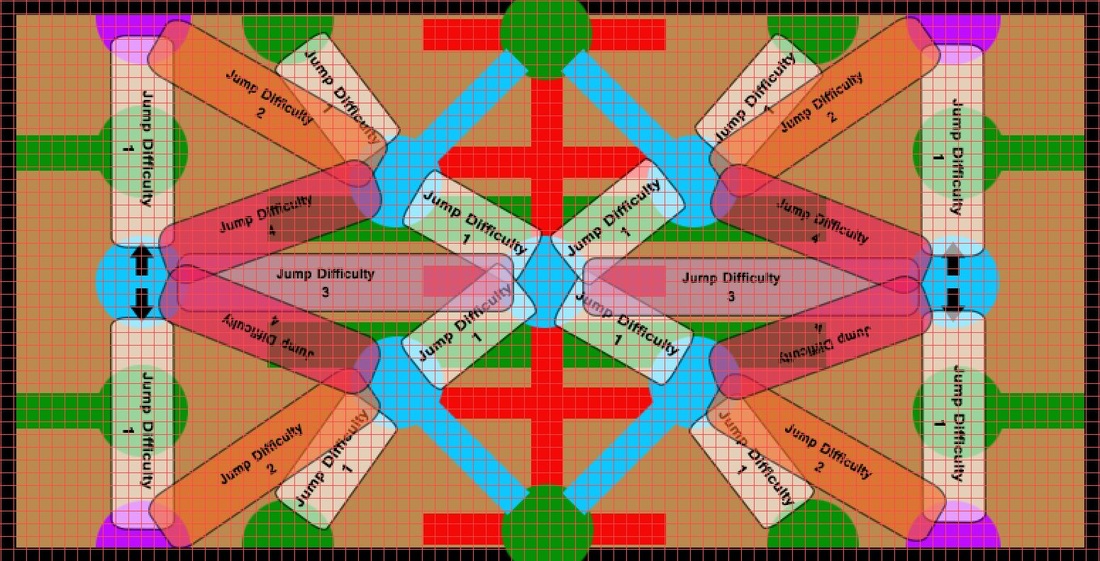 The Jump Difficulty Map shows the skill necessary to use the jetpack to reach each of the platforms. Difficult ranges from 1 being the easiest to 4 being the most difficult.